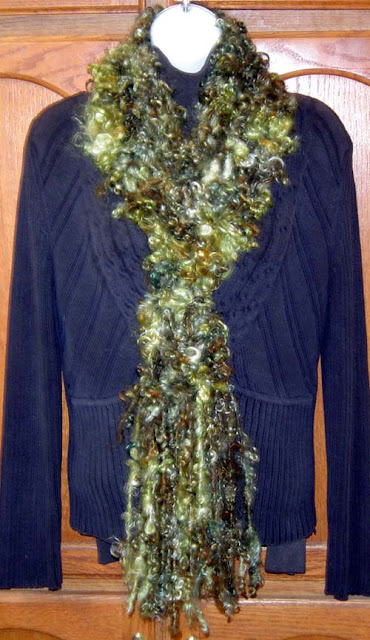 Things are still crazy around here!

In my last post I apologized for not blogging lately because things had been crazy around here. Well, they got crazier.

Hubby went on a little vacation back to Illinois to attend his 40th high school reunion, which actually included any and all who graduated from the school. He drove back, leaving on July 4th and got back on July 9th. I was extremely nervous about him leaving me here alone at the ranch because of all the wildfires. He debated not going but since the Waldo Canyon fire was contained and Ute Pass was open again, and because his younger sister was flying into DIA to drive back with him, he decided to go ahead and make the trip as planned. I spent all day July 4th cleaning up and loading our crates and carriers into our stock trailer so that if something happened I could at least get our small animals (dogs, cats, dwarf goats, chickens and rabbits) safely into crates and evacuated. I wasn't sure how one person was going to do it, but I wanted to at least have everything in one place and ready to go if needed. That afternoon it started to rain for the first time in months. And it rained every day while he was gone! So that took away the worry about wildfires and I actually enjoyed having some "alone time". We both work from home so we spend a lot of time together, although most of the time he is on phone calls all day long. But it was nice being able to eat what I wanted to, when I wanted to, or just not eat at all, without having to think about what to make for meals, etc.

We got notice that a load of hay was going to be delivered the day he got back from vacation so I encouraged him to get home as early in the day as possible. He surprised me by coming home at 7:30 in the morning after driving through the night to get back. I had spent several days moving pallets, locating and washing tarps and then folding them and putting them in the stock trailer, pulling weeds from the area we planned to stack and tarp the hay, etc.  He slept for a few hours and when I saw it starting to cloud up, I woke him up and told him we needed to get started moving hay. We got everything moved, stacked and tarped just as the rain started to fall. 22.5 tons of hay - 75% of what we ordered to last us for an entire year. We decided that we needed to buy enough hay for an entire year rather than buy-as-you-go like we usually do. And it was gorgeous hay - grass/alfalfa mix that was nice and green and very fragrant. You know you're a rancher when you stand at the kitchen sink and breathe deep of the smell of hay wafting through the kitchen window! Unfortunately, I think they baled the hay damp because we are seeing some signs of mold in some of the bales, but at least we have the hay here and have it tarped for the winter so it should be suitable for feeding even by next spring. We were supposed to get another partial load of hay a week later but the guy selling the hay said they ran out because one of the growers sold out to someone in Nebraska (probably at a higher price than we were paying.) We were buying the hay in bulk with several friends and the ranch brokering and handling the deal had a contract with the guy for something like 300 tons of hay. So, everyone had to frantically scramble to find another source of hay. Due to the drought throughout the country this summer, hay is in very short supply in many places, including Colorado and the surrounding states. Another friend of mine is a hay broker and he had already been setting aside some bales for me so we were able to get enough for another month or two and I just need to find enough for a couple more months and we should be good. It feels good to have at least several months worth sitting here already though!

Our clothes dryer quit working a few months ago. We bought the washer and dryer new several years ago and I was surprised when I went to pull the clothes out and they were still quite damp. Hubby hasn't had time yet to trouble-shoot it to find out what is wrong, so my folks had an old clothes line they were no longer using and they gave it to us. I put it through the umbrella hole in the table on the deck and have been hanging laundry out to dry. I then tumble the clothes for 10 minutes in the dryer (it tumbles but doesn't heat) to help soften them up some. For some reason we get all cranky when our underdrawers are stiff as a board. LOL

And I told you that so I could tell you this. While out hanging up laundry on the "solar dryer" (I love saying that...LOL), I heard screaming from one of the llama pastures. I had slipped on some flimsy little leather sandals to go hang out the laundry but decided to go see what the ruckus was about. As I got closer, I saw that one of my four year old male llamas had pinned one of my yearling llamas to the ground and was beating him up. The yearling llama is one of my Grand Champions...I freaked out. I grabbed a crop out of the tack shed on my way up the hill and then leaned over the fence and tapped the four year old llama on the back of the neck. He jumped up and moved away from the yearling male. I climbed through the gate into the corner pen and was going to let my two yearling males into that pen with the weanling males. As I was trying to get the panels open to let them in, the four year old llama body slammed the yearling llama into the panels. I stepped forward quickly to tap him with the crop again and heard a snap as my foot rolled and I fell to the side. I wondered what the snapping sound was. Once I stood up again, I noticed a rock sticking partially out of the ground and realized that I must have stepped on that. As I stepped out on my left foot, I felt a searing pain in my entire left foot and ankle. I looked down and saw a huge bubble forming on top of my foot. Uh oh...that can't be good, I thought as I was still struggling to get the panels open to let the yearlings in. The two yearlings ran into the corner pen the second I got the panels open enough for them. I got the panels secured again and hobbled back to the house. By the time I got into the house, my foot was throbbing and my ankle was screaming at me. Hubby was in the kitchen making himself something for lunch when I came through the back door, crying. He asked me what was wrong and I told him I thought maybe I had broken my foot. He looked at it and told me it didn't look good (yeah...no kidding...ya think?!) I sat down in the recliner and put my foot up on the foot stool as he put a bag of ice on it. The weight of the ice just about sent me into orbit. After about 15 minutes we decided we should go to the urgent clinic in Cripple Creek and have the foot and ankle x-rayed. When we got there, I was the ONLY patient so I was seen immediately. X-rays were taken and sent via computer to their main hospital in Colorado Springs. Within a half hour the x-rays had been read and results had been emailed back to the clinic. No breaks! Whew... but a really bad sprain. Due to thoracic outlet syndrome in my left shoulder and a previously dislocated right shoulder and carpal tunnel pain in both wrists, crutches are a bit of a challenge for me. Let's just say I suck at using them. But, when you can't put any weight on your foot, what else can you do?!

Fortunately, the llamas weren't hurt during their tussle. And, for that, I'm happy. But I would have been happier if I hadn't been injured when I went to break things up!

I married the best man ever. Okay, go ahead and argue with me, tell me that your man is better...I'd actually love to hear stories about how your partner is "da bomb"! Anyway, I digress... Hubby has been doing my twice daily ranch chores for weeks. On top of working a full time job. But, he took an early retirement package from the company he was working for and his last day was August 31st. More later on the fun day we planned at our favorite mountain spot - Mt Princeton hot springs! All we wanted was ONE day of "fun in the sun". And it didn't turn out well...but I'll tell you that story later since this one is already much longer than I planned.

Here are a couple of photos of the boys responsible for my "demise" this summer. 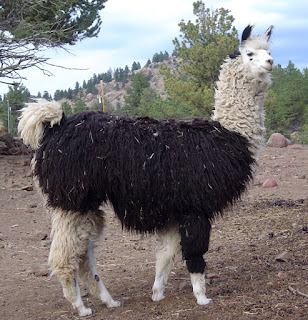 And the yearling - Wheatfield's Spencer 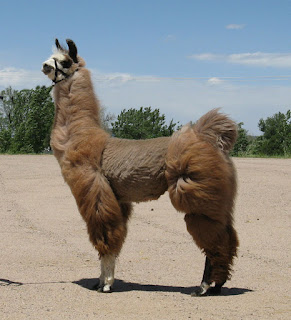 I'm a bit peeved that I didn't get a chance to do any training or shearing after my injury. I have also not been able to spin since July 23rd. And I really have missed spending time with all my animals. I'm back doing chores this week, and doing morning chores by myself with help from hubby at evening chores. But, like I said, more later on the next chapter of "the crappiest summer in recent memory".