Reflecting on a Llama Legend

Okay, so Midnight Hour probably isn't a legend in the rest of the world but in our world he was quite the man! I have been thinking over the past few days since Midnight passed away, trying to remember all of his offspring and who has them now. We only used him as a stud 9 times and got 6 females and 3 males. Only one of those males is still intact, the other two have been gelded. All of his daughters have been sold - leaving us with only one male out of Midnight Hour, Kemui Yama. Kemui has already started following in his sire's footsteps in the show ring. He took first place in his class, Grand Champion in his Division and Reserve Best in Show the first time we showed him.

So, a walk down memory lane - Midnight Hour's offspring: 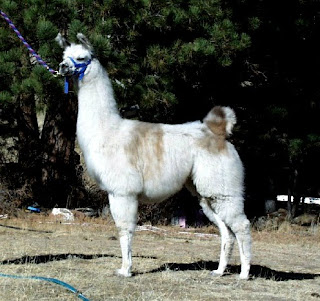 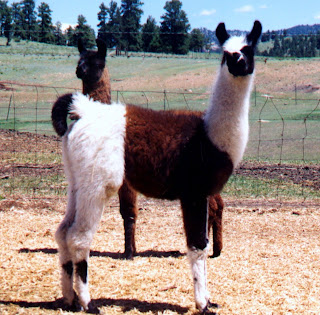 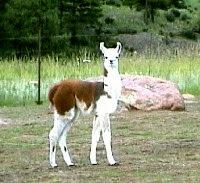 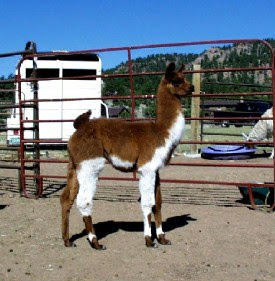 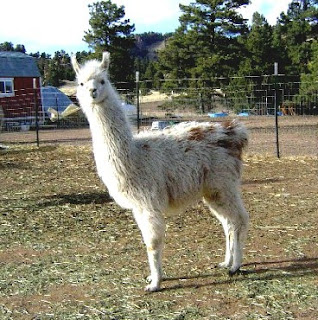 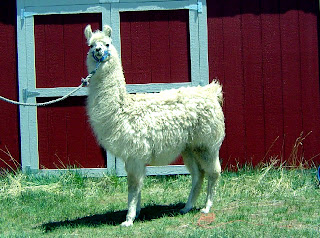 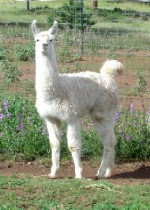 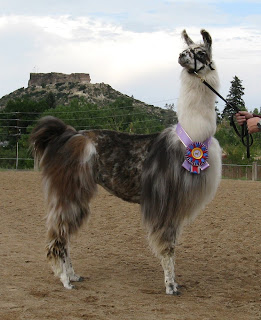 I just received news that one of our former llamas, Stage Stop Midnight Hour, lost his battle today with cancer. We sold Midnight Hour about a year and a half ago to some very wonderful new llama owners who fell in love with Midnight. It was a really tough decision to sell him but we had retained several of his daughters and one of his sons so we felt like we could let him go to a good home since we still had those bloodlines in our herd.

We purchased Midnight Hour from Stage Stop Llamas when he was only a couple of weeks old in July 1997. We had decided we didn't "need" any more male llamas (we already had two) but Jim fell in love with Midnight Hour and we made the decision to purchase him. We have never regretted our decision. He was an amazing animal.

During his show ring career, Midnight did very well:


We made the decision to retire Midnight Hour from the show ring after the 2000 show season and he sired some beautiful crias for us and other llama owners. He only sired a couple of males and we own the only intact male from Midnight Hour, Kemui Yama. Kemui is following in his sire's footsteps in the show ring. 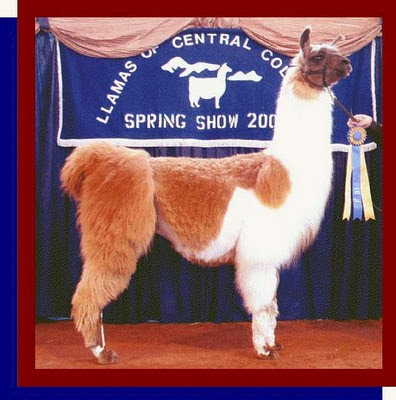 Rest In Peace Midnight Hour - you will be missed.
Posted by Split Rock Ranch at 7:05 PM 14 comments:

I haven't done much blogging lately, mainly because I have been so busy with so many other things I just haven't had time! 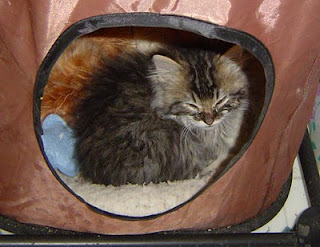 Update on our latest foster kittens - Mack and Mickey - Mack went to the vet for his neuter surgery last Thursday and was adopted on Friday! GO Mack! Mickey was schedule to go to the vet for his surgery on the same day but a few days before the surgery was scheduled he started vomiting at night, had loose stools, was sneezing and his left eye was watering. We made the decision to hold off on his surgery to allow him to get better first. On Monday the shelter called and asked if he was good to go and wanted a current weight on him. I weighed him and discovered he had lost 1.5 ounces in a week! I know that doesn't seem like much but when we're talking about a kitten under 3 pounds, that's a lot of weight - it worked out to over 3% of his body weight. I thought back to any changes we had made recently and remembered that I had started to add the kitten food that they feed at the shelter and thought that perhaps he was allergic to it. So, we removed that food from his diet and he hasn't vomited since then, his stool has firmed up and he is no longer sneezing. His eye is still runny but we're treating it now with eye drops. He also gained back all the weight he had lost and is far more active than he was when he wasn't feeling well. 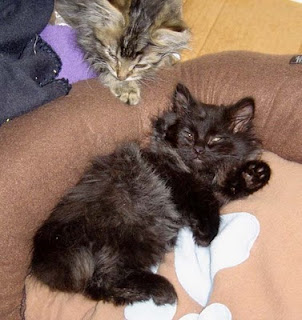 I have been very busy crocheting new creations. I revised my Mermaid extreme fringe scarf and added additional tailspun yarn fringe on the ends to "beef" it up a bit. It then sold right away.

I also sold the Wild Flowers scarf that I recently created - this scarf was a variation of the basic extreme fringe scarf that I've been making. I was able to get two skeins of the tailspun yarn and was able to make a long (over 6 feet) scarf and put the fringe on all of both sides, creating a very full and very vibrant look! This scarf sold immediately.

I had yarn left over after making the Wild Flowers extreme fringe scarf so I decided to make a cowl out of these same yarns. Here is Wild Flowers Cowl - available in my ArtFire store. 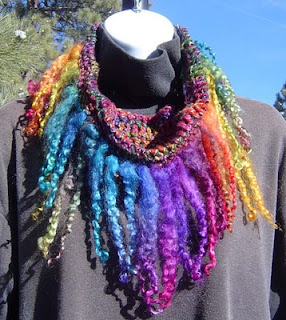 And, I also finished a work in progress - Cottage Rose - a hand knitted triangle shawl/scarf made from hand painted wool yarns. Cottage Rose is also available in the ArtFire store. 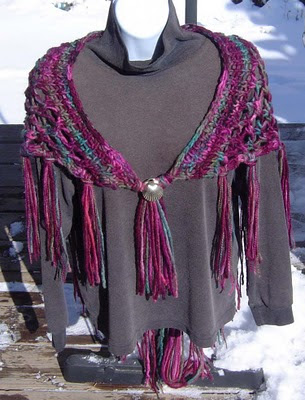 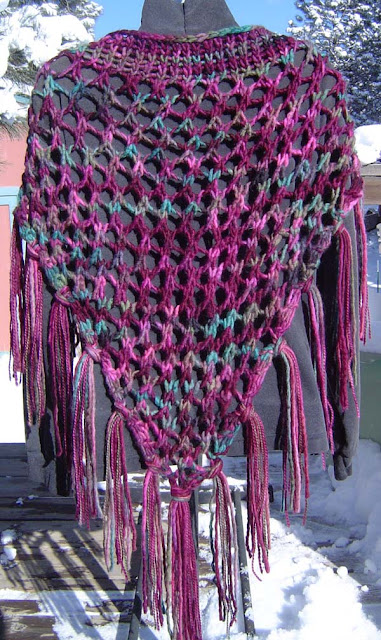 So, you can see that I really haven't been slacking off, I truly have been extremely busy lately! Now it is time to take a break from creating and start working on getting all my paperwork organized to prepare our taxes. I always dread this time of year because I am usually so disorganized but this past year I did a much better job of sorting, logging and filing my paperwork so it shouldn't take me nearly as long to get it all done this year. I might even actually have our taxes prepared before April 15th for a change!
Posted by Split Rock Ranch at 12:15 PM 9 comments: 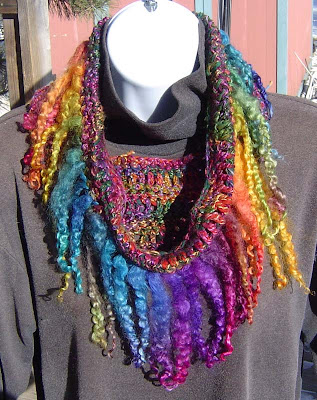 Start the new year right with a holiday sale!

One of the things I started doing more in 2010 was knitting and crocheting. I bought numerous skeins of handspun art yarn from other fiber artists for my yarn stash and the designed scarves, etc. to showcase those yarns. I've posted most of the already in this blog but I'm going to share a few photos of my favorite pieces from this year.

I found a skein of handspun tailspun yarn from JazzTurtle on Etsy and immediately envisioned a long skinny boa type scarf using that yarn as fringe. I handspun merino wool roving into yarn to create the "canvas" for the fringe and created "Somewhere Over the Rainbow". This scarf sold immediately. 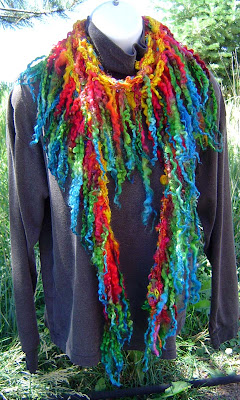 I created several more scarves similar to this one. Two have sold and two are still available in my ArtFire store. Still available are "Spiced Curry" if you like warm colors.

And if you prefer cool colors, there's "Mermaid" - also in the ArtFire Store.

So, to start the new year out right, I'm offering a 10% discount to the first 5 purchases from my ArtFire store of any of these scarves or any other scarve or handmade accessories in the "Handmade Accessories" section of the ArtFire store. Use coupon code HOLIDAY10OFF at checkout.