Yesterday was a great day here at Split Rock Ranch. Yesterday morning I discovered the very first freshly laid egg by one of our Rhode Island Red hens! She was soooo proud of that egg!

After doing chores and while I was filling water tanks, I noticed that one of our females, Chalcedony, was laying by herself off in "the birthing corner". I observed her getting up and trying to poop but not much came out. Then she would go lay down and roll to her side for awhile and then back up. Then she would stand and act like she was trying to poop again. I knew she was in labor. I came into the house to get towels and the "birthing bag" that contains iodine for the umbilical cord, etc. I was going to come back in and grab the camera but by the time I got back out to check on her the nose was already presenting so I just got some of the other female llamas moved to another pasture to give Chalcedony some space. Soon the front legs and head were out and I just went up and wrapped a towel around the baby and caught it as she was dropping to the ground. I was thrilled - it is a girl! 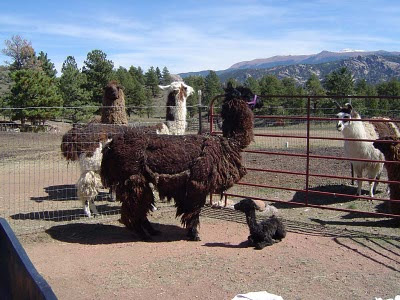 Above: Newborn cria with her Dam
We picked up the cria (baby llama) and moved her over to a small area where we always put the new moms with their babies so they can bond and nobody will step on the new baby that way. We caught Chalcedony and put her in with the baby and gave her a bucket of water, some hay and some grain.

Here is a video of the brand new baby.

And here is a photo of the little girl today. 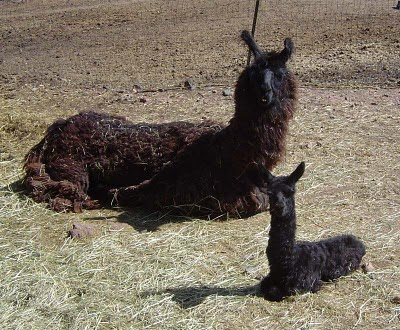 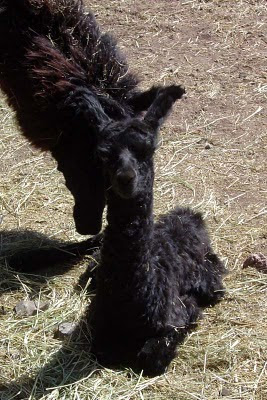 We haven't decided on a name yet. We are considering Onyx, Obsidian, and Ebony. Onyx and Obsidian are related to Chalcedony and are both black substances.

But since she was born on the first day of Fall, the Autumnal Equinox, we are also considering Autumn.
Posted by Split Rock Ranch at 6:43 PM 7 comments: 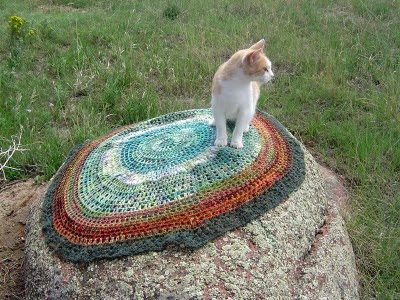 Another llama for our show string - Wheatfield's Spencer

While we were at the LOCC Fall Classic Llama show and the Rocky Mountain Regional Llama Show over Labor Day weekend, we fell in love with this young male llama. His name is Wheatfield's Spencer. His owners/breeders are retiring and getting out of the llama business so they wanted to get their animals placed into new homes.

Spencer was already entered into the LFA Fall Harvest Show and the LFA Futurity Show on September 16-18 so we agreed to have them show Spencer at these shows and we would figure out how to then get Spencer here to Colorado from his home in Kansas. Spencer came to Colorado yesterday with some friend's who live 20 miles to the west of us; they had also attended the LFA show and sale so they brought him back home with them. We went to pick Spencer up last night. 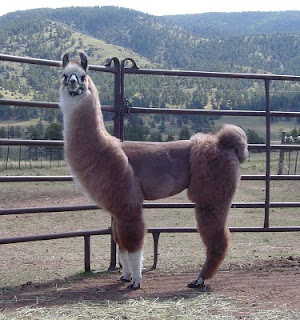 I fell in love with Spencer's color and his adorable face. His color is a gorgeous rose gray and the fiber is incredibly silky soft. 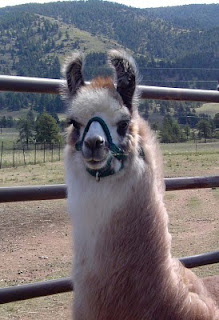 Just look at his fiber! 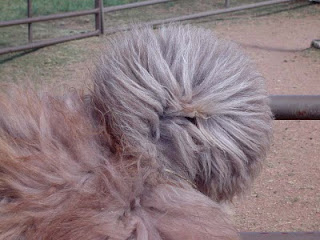 Spencer placed first in his class and then took Grand Champion Heavy Wool Male at the LFA Fall Harvest show!

I checked Spencer's other placings that I could find on-line and see that he also placed first and Grand Heavy Wool Male at the Nebraska State Fair this summer.

Split Rock Champagne & Pearls, aka "Rosie" (I was going to name her Roses, Champagne & Pearls because she looked pink when she was born but that name is SO big, we just decided to call her Rosie and shortened the name to C&P) is now almost three months old and is growing up nicely. Her fiber is not as pencil locked as it was when she was born but we're hoping the lock structure tightens up as she ages. And, her fiber is this incredible champagne color now with silver and dark gray points. 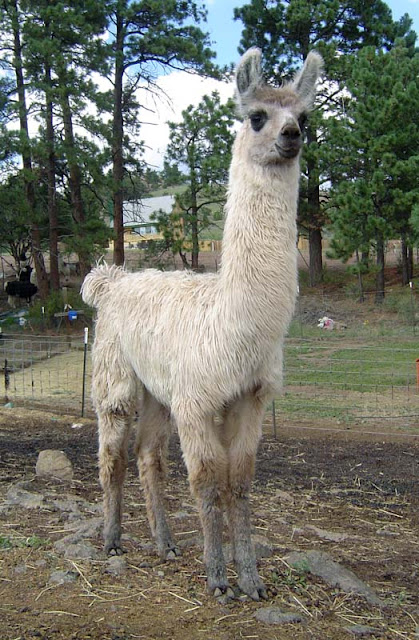 You might remember that I did a post back in April regarding the passing of our little toy poodle, Gigi. I was totally devastated by her passing and have been grieving for months. We wrestled with the idea of getting another puppy but wanted to put some time behind us before doing so. We considered getting a mini Schnauzer puppy and I even found a puppy here in Colorado that I fell in love with - look at the heart on his side! 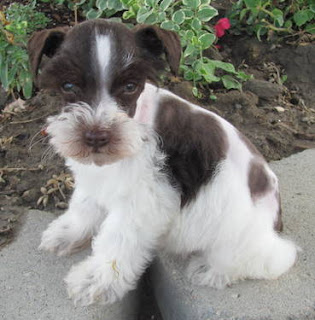 But, hubby was hesitant to get another small dog for several reasons. We have heard that Schnauzers can be big barkers. Strike one. We have heard that Schnauzers can be snippy with other dogs. Strike two. I don't want to get a little dog with "small dog syndrome". Strike three. So, as much as I adore this little puppy, we decided that he just wouldn't fit our current lifestyle.

Then we went to a llama show over Labor Day weekend and some friends of ours had brought their black standard poodle with them. He is a gem. It really made both of us miss our little Gigi. So, we thought perhaps a standard poodle might be the best choice for us. We really missed the poodle personality - they are so smart and so easy to train. After we got back home from the llama show I started doing an internet search for standard poodle puppies in Colorado and found a breeder who lives less than two hours away from us. She had two dogs listed in her ad - one of them was a black male standard poodle named River, which was exactly what we were looking for. I emailed her and asked if River was still available. He was. Long story short, after being told that River might be sold on Friday, I woke up Saturday morning to an email saying that the breeder refused to sell River to the person who looked at him Friday evening and if we were still interested we were welcome to come visit. We went and saw River and both of his parents, along with his parent's pedigrees and fell in love with him. River is calm, sweet, laid back, fun loving, obedient and a stunning dog with excellent conformation. I haven't been able to get good photos of him since we brought him home because he rarely sits still for more than two seconds when I'm trying to photograph him. So, for now I'm sharing his photos from the breeder. 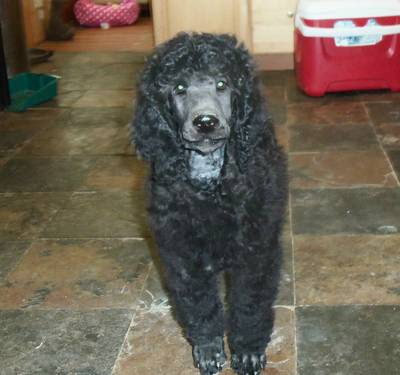 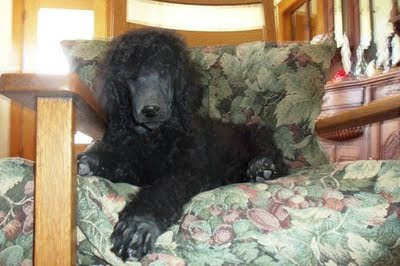 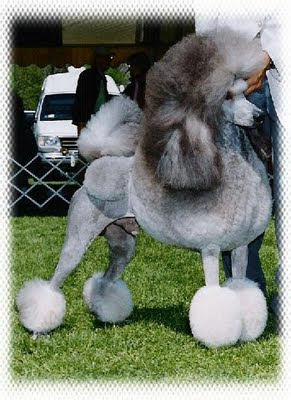 Saturday morning while we were getting ready to leave to go meet River we got a call from the shelter saying that it was time for our foster kittens to go to the vet for their neuter surgeries on Monday. So, it was good timing because now I don't have to keep track of a puppy and two small kittens!
Posted by Split Rock Ranch at 3:59 PM 7 comments: