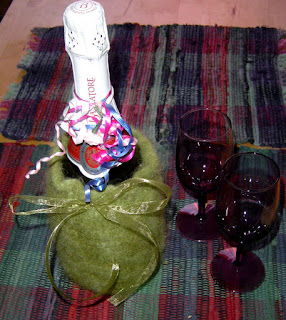 Its Valentine's day, and that means a bottle of vino or champagne! I've created some wine bottle cozies to spice up the bottle and provide a layer of thermal protection. Above is a champagne bottle cozy in mossy green. Below is a wine bottle cozy in the same yarn with a fabulous handspun art yarn made from Wensleydale wool locks in a coordinating color. 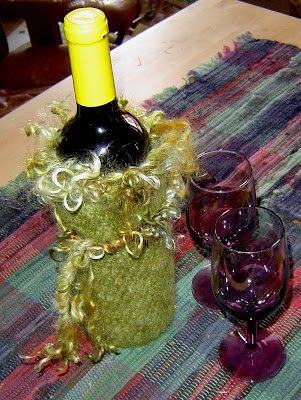 And then another wine bottle cozy in vineyard colors of purples and greens with a faux fur eyelash yarn around the top to dress it up a bit. 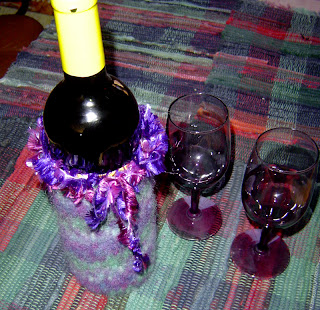 These bottle cozies are hand crocheted and then felted in the washing machine. The trim is added after the cozies have been felted and dried. They are all available in my ArtFire store here.

Was there a fox on the hen house?!

This morning I went out to do chores - feed the horses and llamas and check the water for ice, etc. The last thing I do before going back into the house is let the chickens out of their coop/run. I make sure that they are all in the fully enclosed run every night so that predators can't get them. I lost a chicken in December after running to Colorado Springs one afternoon and we didn't get back home until after dark. Something had gone into the enclosure where we have the chicken coop/run and we found feathers everywhere. My Rhode Island Red chicken was missing. We never found her.

This morning, when I went out to open up the coop and run doors, I discovered paw prints on the TOP of the coop. I'm not sure what they are from but I suspect a fox. 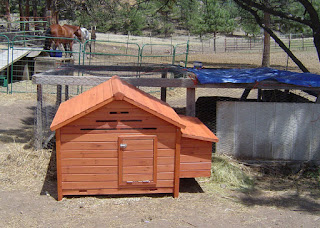 One door of the coop opens up outside the fully enclosed run. 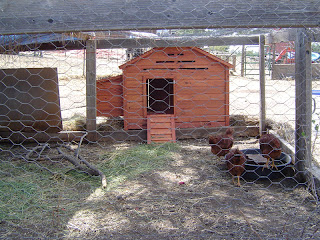 The other door opens up into the fully enclosed run.

This morning I discovered this 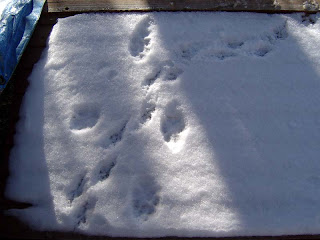 These prints are on top of the coop roof. The tracks that run from the top right to the bottom left are bird tracks (the wild birds love to get into the chicken run to eat the seed I put in there for the chickens.)


Here is a close-up of one of the paw prints 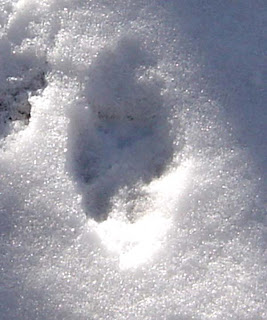 And, an even closer view, color and contrast enhanced to show better definition 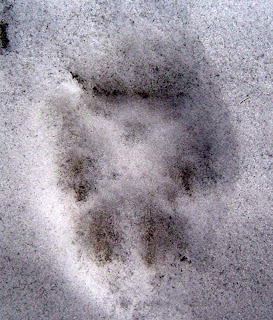 The enclosure that has the chicken coop/run in it is fenced on three sides with no-climb field fencing. The gate has chicken wire lashed to it and a board is sitting over the bottom of the gate. However, the fourth side is hog panels so a fox could probably get through there but they would have to go through the entire pasture where our female llamas are to get to that section of fence. The female llamas' pasture is also fenced with no-climb fencing completely around it, however it has a 10 foot gate that a coyote or fox, etc could easily go through.

I measured this particular paw print - it measures 2-1/2 inches across at the widest point and 3 inches from back to front.

I suppose it could be a tom cat print - there is a huge orange tabby tom cat that roams the neighborhood. But, I suspect a fox. Anybody else care to venture a guess??

By the way, the chickens were all safe and sound in their run this morning. Last summer we put bricks all the way around the entire run because a skunk(s) kept digging underneath and getting into the run to eat the chicken's feed. The poor chickens were scared to go into the run at night and were going to roost on the hog panel fencing for the night (NOT safe!) 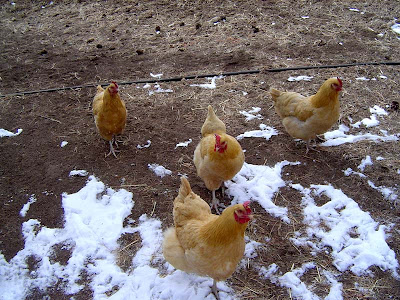 I haven't been blogging regularly, but I HAVE been staying busy!

I have really been lax about posting anything here on the blog. And for that, I apologize. Sometimes it seems like there isn't anything happening around here that's worth mentioning in a blog post. And with Facebook, I can post quickly and easily and even interact with friends and family after posting. Instant gratification...yeah, I'm into that sort of thing. Sigh...

But, really, I have been busy, I swear! I'm going to post a few of the accessories I have created over the past few months. I'll only post a couple per blog post so I don't overwhelm you.

Here is a shawl I crocheted using some hand painted merino/silk yarn. It is incredibly soft with amazing drape. Its called "Spices" and can be found in my ArtFire store here. 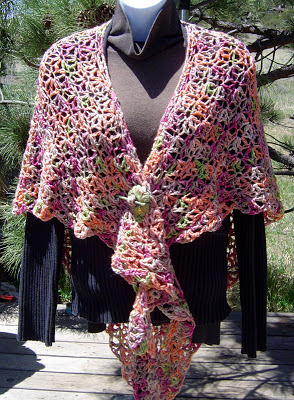 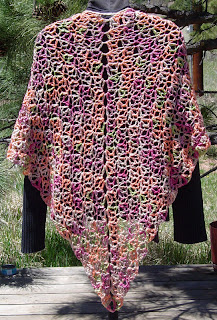 And here is a felted hat I made this past summer. It is hand crocheted from black alpaca yarn and then felted in the washing machine. The brim can be worn rolled up or turned down. And it looks fabulous when you add a hat band. The hat bands shown are from my personal collection and are shown for demonstration purposes only. This hat can also be found in my ArtFire store here. 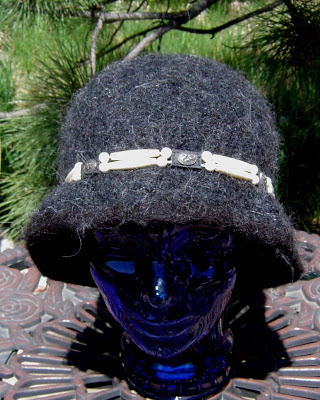 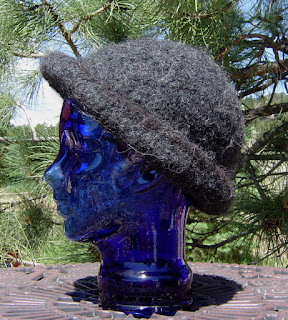 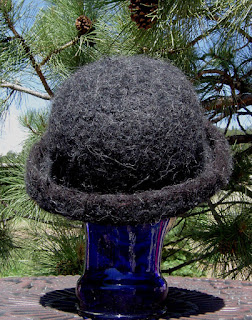 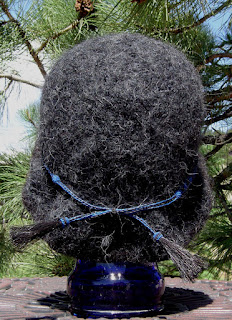 Thank you for visiting! I hope your new year is going well so far!